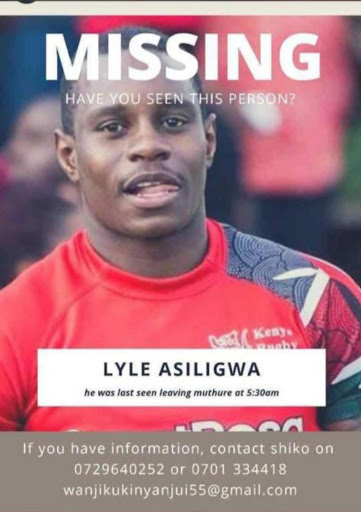 Kenyans went into panic mode, after it was reported that Kenyan rugby player Lyle Asiligwa has been missing for sometime.

Lots of appeals were made with Kenyans circulating his missing poster asking if anyone had spotted him.

According to initial reports, he was last seen in Muthure, Gitaru area on the early morning of Monday 19/Nov/2018. He was driving a black Toyota Fielder.

Hours later and information that he had been found was updated. Many were glad he was alive and well.

Lyle updated fans and friends of his well-being writing:

His team also sent out the same message to assure Kenyans: