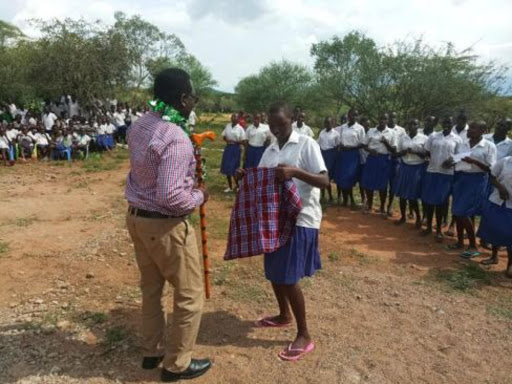 They demand immediate transfer of the head teacher Peter Maina with all his under performing colleagues, threatening to protest and close down the institution next term.

"Teachers Service Commission (TSC) should intervene immediately to transfer the head teacher with all his drunken colleagues else we no longer keep watching our children produce useless marks every year" Tirioko Ward MCA Sam Lokales told Star on Wednesday.

Lokales said the school has a total of six teachers against population of 431 pupils, "meaning the ratio is one teacher handles 71 pupils" he said.

He said the first child scored 283 marks in the just announced KCPE results and out of total 24 candidates only nine managed over 200 marks.

Lokales said Ngoron primary has never produced any celebrated examination results since its establishment in 1973, blaming it on laxity of the teachers.

"We regret that as we continue as stakeholders pulling together resources to improve the structures in the boarding school, the teachers keep on letting us down" he said.

However the school is a locality inhabited by the pokot pastoral community whose larger 'illiterate' population values retrogressive cultures of Female Genital Mutilation (FGM), cattle rustling and early marriages.

A parent Sammy Samali Sammy questioned the government saying where do all these failed children go? "I think these are wasted Kenyans I fear the girls might end up being engaged in fgm and early marriage while the boys will turn into bandits.

Another parent Ngoriamuket Asimakok reiterated that the head teacher must go saying they can't wait to see such results again come next year.

However, contacted for comment the head teacher Peter Maina said although the exams were marked competitively according to the Kenya National Examination Council (KNEC) standards, the children really deserved the low marks.

"These are people who do not even read well or write then how do you expect a miracle out of them during exams" Maina said adding that he is barely five months old in the school.

He also blamed the poor performance to retrogressive cultures the parents engage their children in among them fgm, early marriages and banditry.

"For example some two teenage girls in the school got pregnant, gave birth and while breast feeding they came back to sit for their KCPE exam only to get 135 and 156 marks respectively" Maina said.

He said he is preparing a comprehensive report concerning the school and he will by next month present it to the ministry of education. Ends