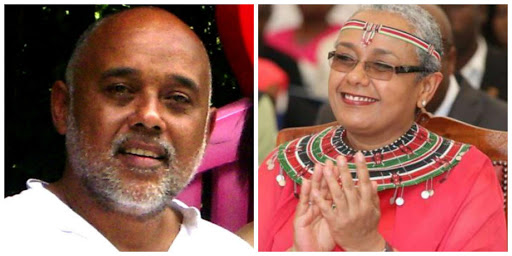 collage
Margaret Gakuo Kenyatta is the first lady of the republic of Kenya and is known all over for her charisma and personality which has attracted people at a global scale. When it comes to her initiative the Beyond Zero Campaign.

She also has an older brother known as Maina Gakuo which many people don't know about.The brother has been out of the limelight. However, sometimes he has been mentioned during different occasions.

The president Uhuru Kenyatta at one time revealed that he met Margaret through the older brother Maina Gakuo.

One can see the striking resemblance of the two siblings.We hope that we shall get to hear more from the brother .