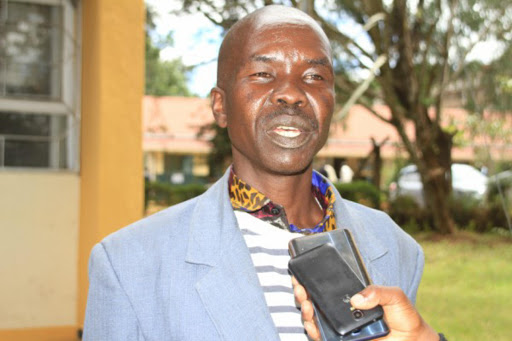 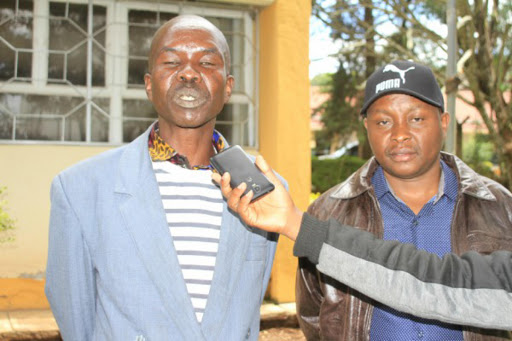 Richard Barasel from a village in Baringo North sub-county accuses the suspect Jonah Rotich 'NamNam' for dragging to the bush, forcing and doing the heinous act to his class three -daughter on June 9.

"The suspect has since been out on bond, yet Kabartnet law court keeps postponing the case" Richard told media today on Saturday.

He was backed by his brother Dismas Barasel who said the family members have been in and out of court now eight times for six months yet nothing has been done to convict the suspect.

Saimo-Kipsaraman Ward Representative John Aengwo also joined the family calling on judiciary to fast track the case noting that it is taking long.

"We also want to see the suspect being jailed to serve an example to the rest planning such evil acts in the community" Aengwo said.

On June 22, the young girl's father, Richard, was hospitalized for mental illness owing trauma after his child was defiled by someone best known to him, just some 200metres away from home.

He therefore says he is yet to recover well and that he lacks finances for transport to continue seeking justice for her innocent child.

"Every time a new date is being set with different reasons like the suspect's lawyer is absent or the doctor hasn't showed up. I am ready to withdraw the case if it is getting difficult then I leave it to God" he said.

The man said due to his state of poverty he cannot manage to engage a lawyer to pursue the case.

The doctor’s report reads: “The child’s health condition is fair after claiming to have been defiled by a person known to her on the way while collecting her young brother from school."

Barasel further claims her daughter has not gone to school since then after the County Children's Department retained her at Kabarnet children's home after medical checkup.

However Kabarnet Senior Principal Magistrate Samson Temu disputed claims of delay of justice saying the case is running on smoothly.

He said the case was postponed on Wednesday last week owing to the absence of the doctor who excused himself to attend other commitments. The case is set for hearing on January 9, next year.

"In fact four witnesses have already testified while the rest will be called, hopefully the case will be concluded soon thereafter" he said.

Furthermore, he said the family has requested the court to offer them transport reimbursement, "we will do it immediately the money is released from the treasury next year" he said.