'It is hard to find employment as a cancer survivor,' says Millicent Kagonga 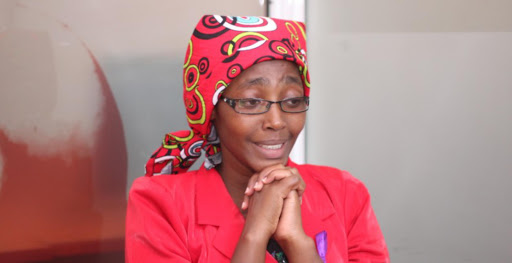 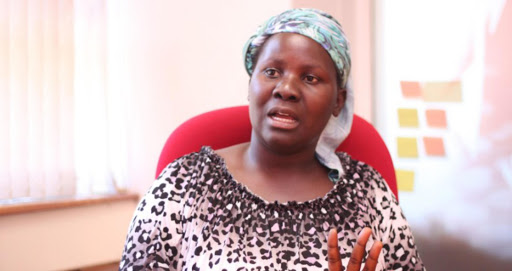 Millicent Kagonga, 29, has seen it all. She narrates her long and hard life before it got harder when she was diagnosed with stage 4 cervical cancer.

"It is hard to find employment as a cancer survivor

I am now 29 years but I had my first child, who was recently admitted to Form One when I was 14. At the age of 16 years, I was a mother of three. This is when my journey with cervical cancer began.

In 2010, my husband chased me away because I frequently had vaginal discharge. He hated it especially during sexual intercourse. I had no money for medical care and instead moved back upcountry, where my mother was. Within six years, the discharge had changed colour and looked more like pus. It also had a pungent smell that made people stay away from me.

Before I knew it, my private parts started producing blood clots. I could feel a tumour coming out from my private part and this is when I was forced to go to the hospital to get checked.

In 2016, I was screened and diagnosed with stage four cervical cancer. Treatment was my biggest challenge. I needed Sh13,000 for a biopsy but I couldn’t raise even a shilling. Fortunately, I met a doctor who helped me process my NHIF card and I managed to come back to KNH, where I had a minor biopsy surgery of Sh40,000 done. NHIF covered the full cost but a month later, the nightmare began. I would wake up to a bed full of blood. I got to a point that holding a long call was hard. Before I got to the loo, it would be out.

In November 2015, I started chemo and radiotherapy and within three months, I was done with my treatment. I am almost fully recovered but what I need to live with is early menopause and the fact that sometimes I still can’t hold my stool for long. My cry to the government is that through our health may at times not allow us to do heavy jobs, we have talents and some of us are educated but some employers turn us away because we have cancer or are cancer survivors living with side-effects."