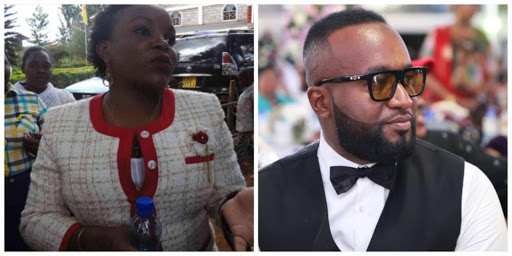 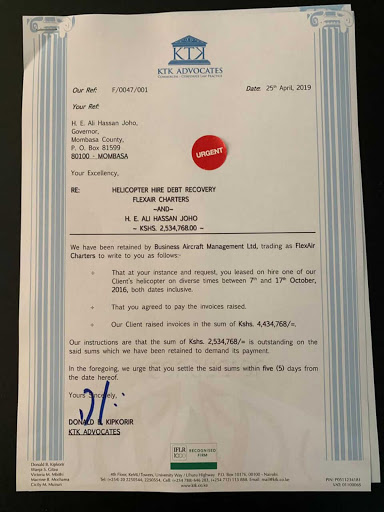 Mombasa Governor Ali Hassan Joho and Kirinyaga Women Rep Purity Ngirici risk being sued by a flight company over a Sh6million debt they separately incurred in 2016 when they hired choppers from the firm.

Flexair Charters through their lawyer Donald Kipkorir has written to the Governor and the Women rep asking them to pay the money in the next 5 days or else they will be sued.

Kipkorir says that he had been instructed by Business Aircraft Management Ltd trading as FlexAir Charters to write to them.

KipKorir who wrote separately to both Joho and Ngirici asking them to pay their outstanding bills that they incurred when they hired the choppers.

“Our instruction are that the sum of Sh 2,534,768 is outstanding on the said sums which we have been retained to demand its payment” the letter reads in part.

In the letter to Ngirici and her husband, flexair charters is demanding for Sh 3,886,387 that they allegedly owe the company.