Aaron Ramsey said a very emotional goodbye to Arsenal fans on Sunday after the final home match of his successful 11-year spell at the club.

Ramsey, alongside the departing Petr Cech and Danny Welbeck, was given a guard of honour at the Emirates following the 1-1 Premier League stalemate with Brighton, which has all but ended their top-four hopes.

Welbeck and Cech were given a very warm reception by the Arsenal faithful but it was Ramsey’s introduction that sparked an emotional outpouring from both player and fans alike. 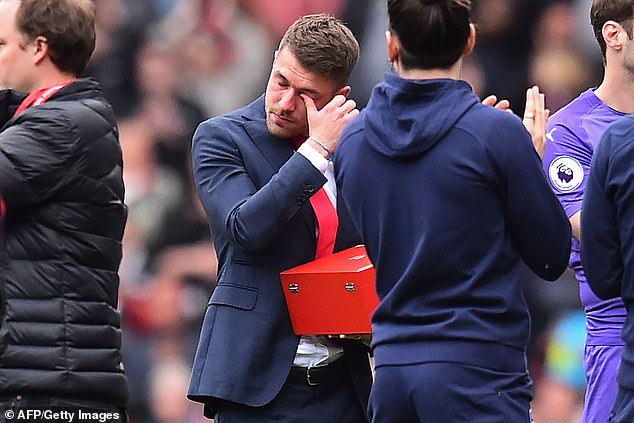 Ramsey, who joined the club as a 17-year-old prodigy from Cardiff, was left in tears as the Arsenal faithful celebrated his brilliant career ahead of his free transfer to Juventus this summer.

And after he received a standing ovation, Ramsey struggled to control his emotions as he reflected on his long journey in north London, which saw him overcome an horrific leg-break before scoring two FA Cup-winning goals.

Ramsey told Sky Sports: ‘It’s very emotional. It’s been a hell of a journey and 11 years of my life. So much has happened and you can tell by my voice how much it means to me. I’m just grateful for the opportunity to play for this great club.

‘I’m really excited about the new challenge, for the new chapter, but today it’s all about this. This is where I grew up, I just want to take this in today and let it settle for a few days before I can look forward and focus on (Juventus).’

Ramsey wrote himself into Arsenal’s history books when he ended the club’s nine-year trophy drought against Hull in the 2014 FA Cup final.

And the Welshman said that remains his proudest moment in an Arsenal shirt.

When asked about his favourite memory, Ramsey replied: ‘The FA Cup win against Hull, because we had a few years without winning a trophy and I was having a really good season. 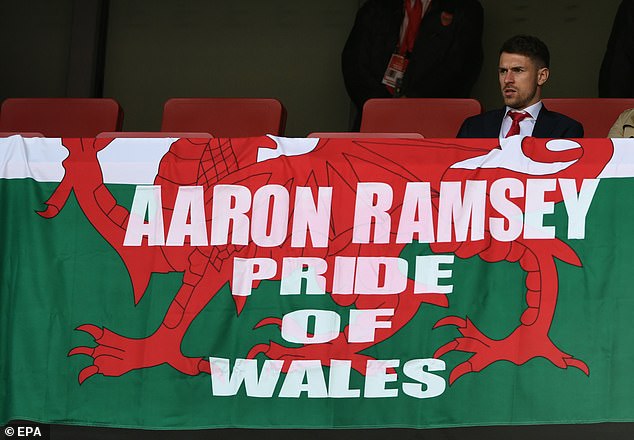 ‘I came as a 17 year old, and they (fans) have come on this journey with me. It’s quite unique you spend this amount of time at a club. Many highs, a few lows as well, but they’ve stuck by me.’

Cech, meanwhile, wasn’t just saying goodbye to Arsenal on Sunday but to the Premier League too.

The Arsenal goalkeeper has spent 15 brilliant years at the highest level in England, winning four Premier League titles and one Champions League with Chelsea. 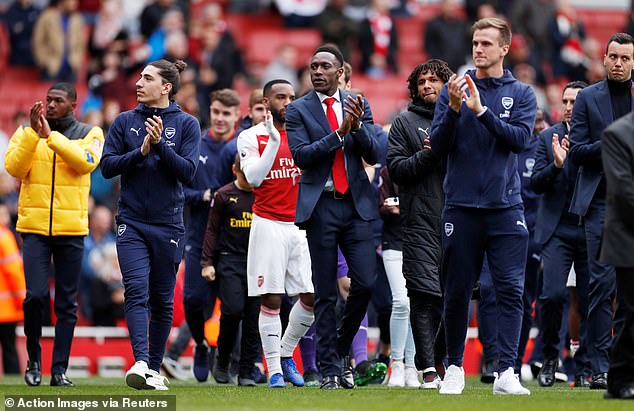 The departure of Ramsey, Cech and Welbeck will come as a big blow to Arsenal as they go in search of leaders this summer to help them return to the Premier League top four. 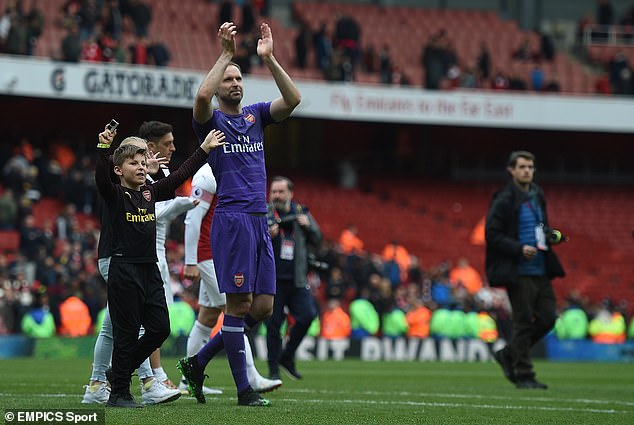 Ramsey and Lacazette fire Arsenal to third on the table

Ramsey agrees five-year deal to join Juventus at end of the season...

Ramsey ‘lined up for move to AC Milan’ as they continue to...