A court in Eldoret on Monday allowed police to hold Naftali Kinuthia for 14 days.

The order was issued to facilitate completion of investigations into the killing of Moi University medical student Ivy Wangechi.

Senior Resident Magistrate Nichodemus Moseti made the order after Kinuthia was presented to court to face charges over the killing.

He ordered that Kinuthia be held at the Naiberi police station until April 30th when he will be brought back to court.

Senior Deputy Director of Public Prosecution Fredah Mwanzia told the court that they needed time to have Kinuthia complete recording of his statement on the incident.

“He was admitted to hospital since the incident and we have not had time for him to complete recording his statement,” Mwanzia told the court. 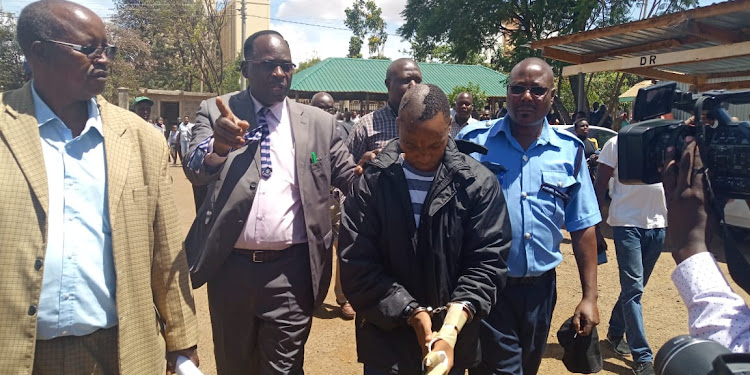 She said they had taken samples from the suspect and the deceased for testing at the government chemist.

Kinuthia’s lawyer Mbiu Kamau told the court that they also needed time to have the suspect treated for injuries he sustained after being attacked by an irate mob.

“He has complained of headache and chest pains and needs to be treated before he can be charged,” Kamau said.

He said Kinuthia needed to be in a state where he will understand the charges he will be facing in connection with the killing of Ivy.

The court ordered that he be taken for treatment at the Moi Teaching and Referral Hospital.

Boy, 9 dead after classmate after horrifying fight in Homabay