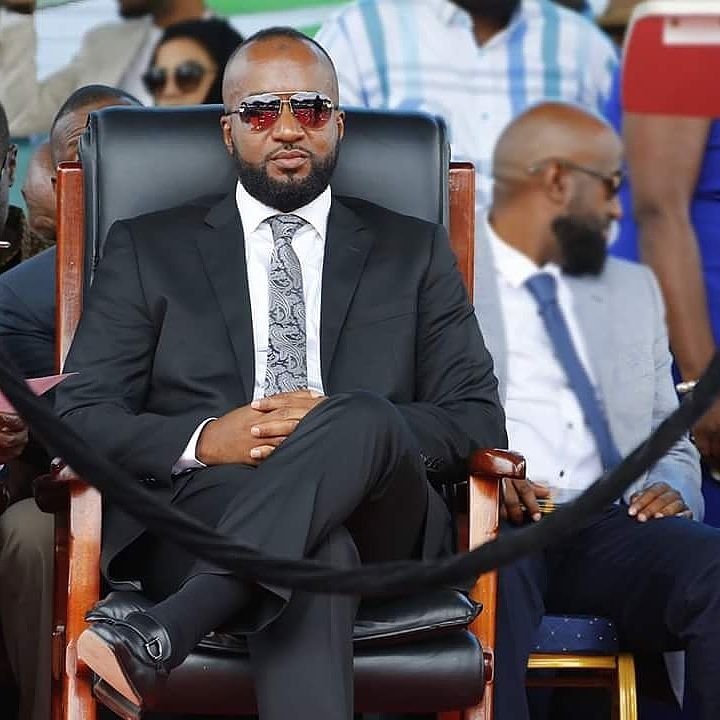 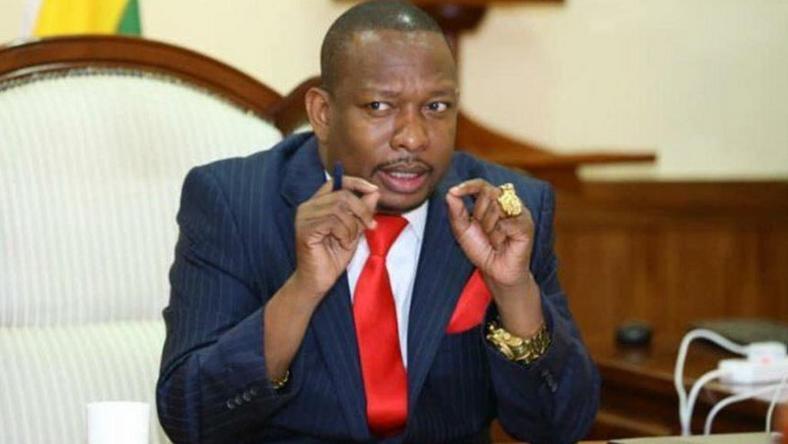 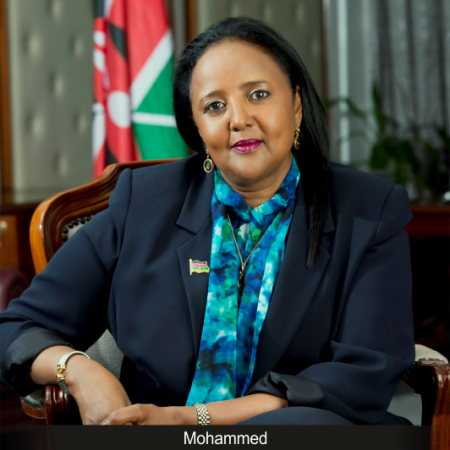 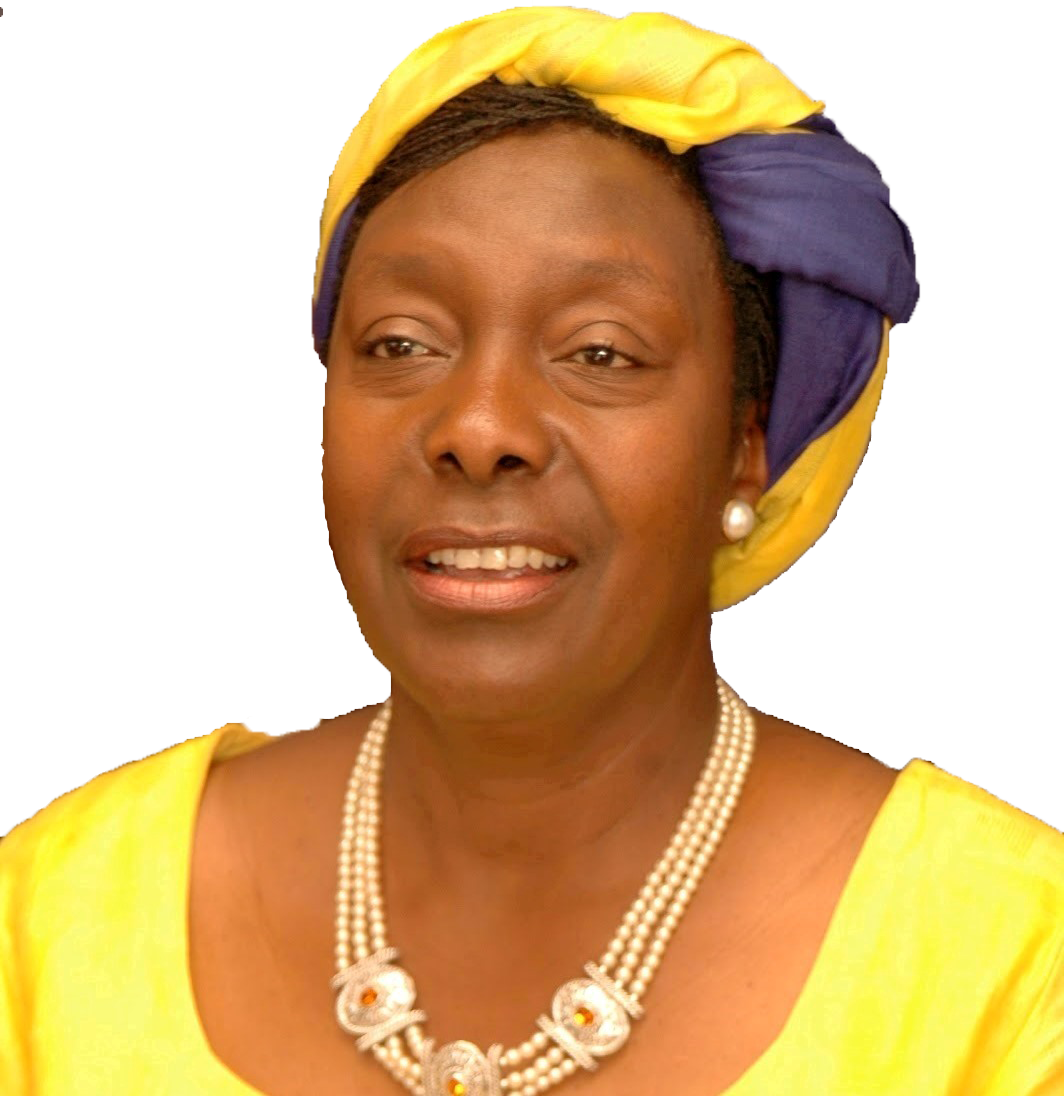 Ever since his father returned to Kenya from Israel, more and more Kenyans continue to wonder about the former Presidents health.

When they returned, Baringo Senator Gideon Moi posted a photo of his father looking much better, and told Kenyans that the medical treatment was a success.

I wish to sincerely thank all Kenyans for the prayers, messages of solidarity, love and support. Your prayers worked, mzee was treated and discharged. I wish to assure everyone that former President Moi is doing well and we are thankful to God for that.

Get better! Retired president Moi heads to Israel for medical check up

And this past weekend, Gideon once again updated Kenyans on his fathers condition, assuring them all is well.

Speaking while addressing faithful at Full Gospel Churches of Kenya (FGCK) in Kabarnet town, Baringo County on Saturday, he said

‘“I accompanied him and we and we had a safe journey, Mzee received the medication and he is now getting on well at home” he said.’

Seantor Moi further thanked Kenyans for praying for his father while he was flown to Israel for medical checkup on his hailing knee last week.

He further said they were overwhelming privilege to visit Golgotha, Calvary where the body of Christ Jesus was laid to rest.

“I think Christians should also secure time and visit the holy historical sites” he said.

Senator Moi noted that it is not yet time for politics and he shall soon declare his political stand and that he welcomes everyone for merger talks ahead of 2022, urging his supporters to be patient.

“Everybody is my friend so there is no arm if anyone decides to approach me for visionary talks meant to takeover leadership and drive this country forward” He said.

Earlier on, Gideon had hinted to the public, his plans to battle Deputy President William Ruto to take over presidency after Uhuru Kenyatta’s term elapses in 2022.

The strategic planing for 2022 are in high gear and all the kings and king makers are aligning themselves.

That is the reason why, the Deputy President William Ruto and Baringo Senator Gideon Moi have agreed to work together despite their rivalry to control the vote-rich Rift Valley.

The two have declared interest in the 2022 presidential race.

“The chairman (Gideon) sent me to Ruto to tell him that we have to put the interests of the people of Baringo and other Kenyans first,” Kanu Secretary General Nick Salat told the Star on phone on Thursday.

‘Napenda shisha but it is none of your bizniz! Hassan Wario tells off MPS

“And the DP said let’s work because we are here to serve Kenyans.”

The Rift Valley kingpins agreed to put their differences aside to allow President Uhuru Kenyatta settle down in his second term and build his legacy.

“We are not interested in fighting anyone,” Salat said.

The Kanu SG remarks come a time when Ruto, an abrasive politician, has turned into a moderate as succession politics takes shape.

“What the country needs at the moment is politics of development. This government was elected in a democratic process,” Ruto said during an inter-denominational thanksgiving prayer service at Chepkemel in Uasin Gishu County.

Ruto said he is focused on the 2022 presidential race.

“We defeated them twice last year and let them prepare for a rematch with me in 2022,” Ruto said.

Salat –a close Gideon ally -described the Deputy President response as a good gesture despite both the DP and the Baringo Senator assembling their machine to make a stub at the 2022 presidency.

Speaking on Sunday during his brother and Rongai MP Raymond Moi’s homecoming ceremony, the Baringo Senator said he did not have a problem with the President.

“Uhuru knows what he will do at the right time,” Gideon said

On his part, Salat said: “We are not involved in politicking for now. It might be three and a half years. We have a role to build the society.

“To build the society we must come together for a good cause so that we have good roads in place, good markets, health, education and security.”

The SG said Ruto and Gideon agreed to focus on Uhuru’s four agenda, which are manufacturing, universal healthcare, food security and provision of 500, 000 affordable housing units.

Despite Salat saying that the Jubilee administration failed to honour the pre-election promise to create Cabinet slots for Kanu, he believes Kenyans longest ruling party will directly offer a helping hand to Jubilee.

Nyeri politicians and political brokers have formed a Whatsapp group which is aimed to drum up support for Baringo Senator Gideon Moi who is expected for vie for presidency come year 2022.

The group ‘Gideon Moi For President’ was formed on Sunday night where many followers joined immediately to capacity of 256 group members.

The members said this is one of the strategies to have an alternative after the much publicized Deputy President William Ruto who is expected to take over from President Uhuru Kenyatta.

“We are very serious on this. More is coming. We must have a plan B and since election of Ruto will not be automatic. We are against being forced into 2022 marriage,” Said a group member who did not want to be named.

A Nyeri politician Steve Nderi who also joined the group added that more strategies and even alliances have started being formed and very soon there will be delegations heading to Kabarak for meetings.

However, a member Samuel Kimu said he is among those who won’t break a covenant with President Uhuru and his deputy.

Another member posed, “So they think Gideon Moi is a cash crop or a cash cow they can be milking for four years?”

The Senator is yet to announce his candidature for presidency come year 2022.

Businesses came to standstill today in Kabarnet town as Baringo County Senator Gideon Moi landed in a chopper to present his nomination papers before IEBC.

Residents closed their shops and turned in thousands to receive the KANU National Chairman Senator Moi, vowing to be re-elected to run his second term come August 8th general election.

Moi successfully presented his nomination papers under tight security to the IEBC at the Kenya School of Government (KSG) Kabarnet campus.

The town was coloured with red caps and T-shirts branded with KANU emblems, a show of love and unity to support for the independent party.

The son of the former president Daniel Arap Moi contests against the former Betting Control and licensing Director Simon Chelugui of jubilee party.

He arrived on time by 10.30 am unlike his opponent Chelugui who was disciplined by being turned away by the IEBC until afternoon for coming in late to present his nomination papers on Sunday.

Chelugui also got a low key reception while presenting his papers at Kabarnet show ground, where a countable number of people turned up to witness the exercise.

“Tako tai boriet…’the battle is still ahead’, Moi implied that he will vie senatorial seat the last time this year before inclining on the presidential and top national seats in 2022.

“Vote for me now and you will not see my Senate posters around forever, we will forge ahead”.

He accused Deputy President William Ruto for frequenting Baringo with aim not to bring development to the people but to campaign against him.

“Don’t let DP Ruto to ‘castrate’ your own when other Kalenjin communities like Nandi and Kipsigis preserve theirs”.

The residents vowed to support him though they complained on him that he was less accessible.

Addressed by one of the resident saying ,”we could vote you in mammoths  but the political brokers surrounding you who make it difficult to reach you might make things tough for you” .