President Barack Obama, the 44th President of the United States of America, has today said that one of his most memorable trip abroad was when he visited Kenya in his mid 20’s.

The former US President with roots in Kenya who met First Lady Margaret Kenyatta at the 19th World Travel and Tourism Global Summit in Seville, Spain, spoke as he interacted with delegates drawn from across the world.

He said he made the trip to Kenya because he wanted to understand his heritage, the place where his father was born and also to meet members of his extended family.

President Obama acknowledged the presence of the Kenyan First Lady and expressed his gratitude saying he was pleased to see her representing Kenya at the summit.

When asked about how travel has shaped his world view, Obama said travel helps to remind people of their heritage and the diversity of the human race.

“Travel also reminds us what we are, what we share and what we have in common,” said the former US President.

He gave a narration, saying that if you see a child playing and laughing in Kenya, and travel to Hawaii you will experience a similar thing repeated but by a child from a different background.

“This is the commonality we are talking about,” Obama said.

He expressed his interest in the young generation saying the youth are more adaptable to different cultures and environment without many reservations.

“Young people are more tolerant and not afraid of the unfamiliar or change,” the former US President said.

With the inauguration of President Trump dominating headlines across the world, many have expressed various opinions and views on the consequences of his tenure.

However, there are a few things he simply cannot do and we decided to mention just 5.

They Aren’t Allowed To Drive

Some people may try and lead you to believe that the fate of our world rests on who becomes President. The power of the Presidency is not unlimited. In fact, despite being in a very powerful position, the President’s abilities are surprisingly limited. Here are 5 things the President of the US can’t actually do.

Cannot Use An iPhone

During an appearance on Jimmy Kimmel in 2015, President Obama explained that he still uses a blackberry because the President is not allowed to use any phone that contains a recording device.

READ; It has been claimed that the CIA believes the Russian government intervened to help Donald Trump win the Presidential election

In June 2015, The Supreme Court ruled that gay marriage is a constitutional right. In order for that to change, there would need to be a challenge in lower courts brought up to the Supreme Court once again to make another ruling with different members.

The power to declare war actually rests solely with Congress. It is not shared with The President, though the sitting President must sign the official Declaration of War.

Legalize Or Criminalize Any Controversial Medical Procedure Including Abortion

Choices for allowing or banning things like abortion and medically assisted suicide rests with the individual States, not the Oval Office.

There are only a few days left before president-elect Donald Trump is formally inaugurated as president of the United States.

On Saturday, Barack Obama threw his final, and most splendid of all White House parties.

Actors, directors and musicians partied with the president into the early hours of the morning during the farewell.

In order to say a proper goodbye to America’s first black president, here are some of the most touching photos from Obama’s eight years: 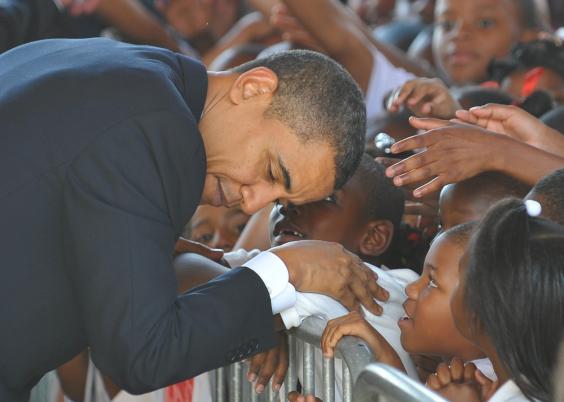 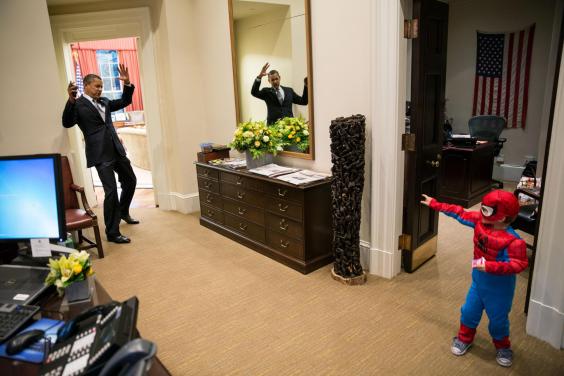 Obama pretends to be caught in Spiderman’s web as he greets three-year-old Nicholas Tamarin in the lead up to Halloween, 26 October 2012.

President Obama and First Lady Michelle Obama read Maurice Sendak’s ‘Where the Wild Things Are’ to children at the annual Easter Egg Roll at the White House, 28 March 2016. 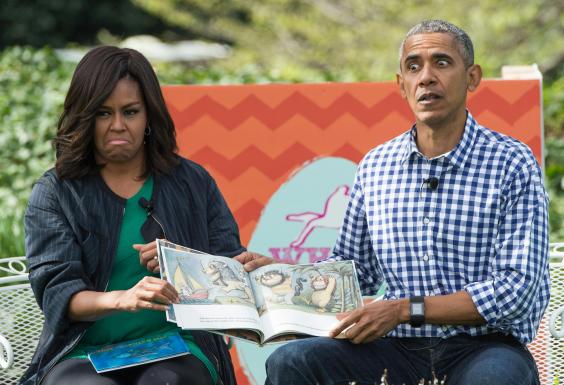 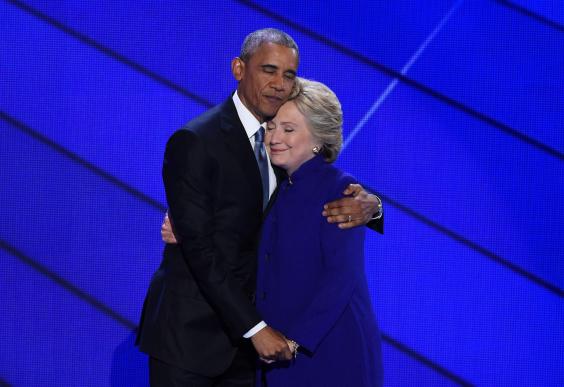 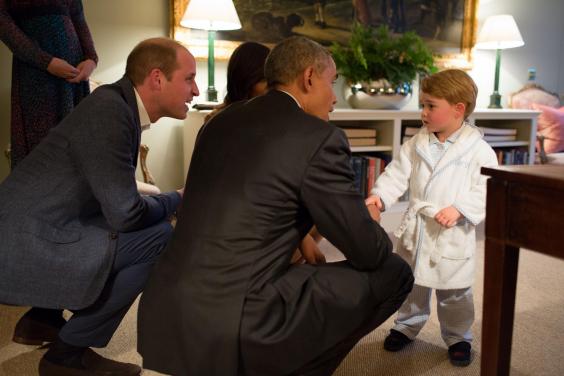 President Obama playing with children at the US Embassy in Manila, the Philippines, 28 April 2014. 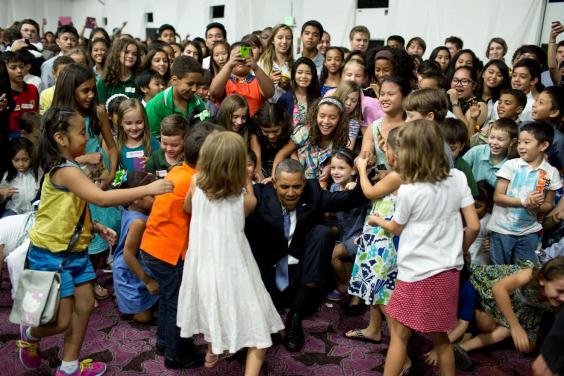 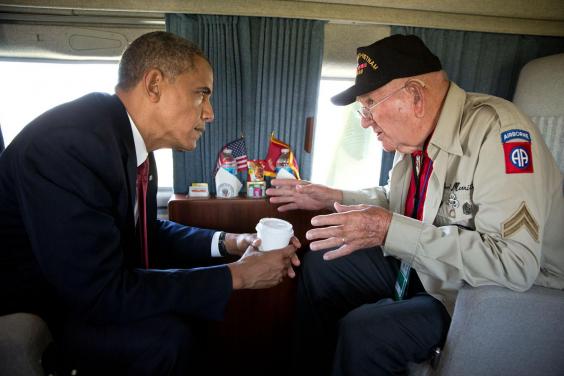 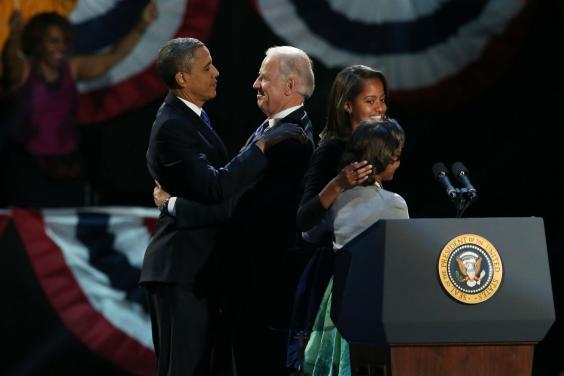 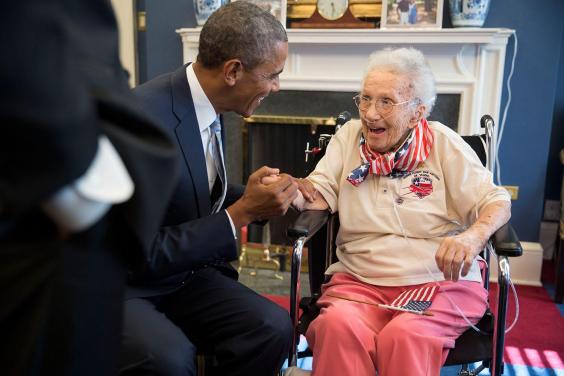 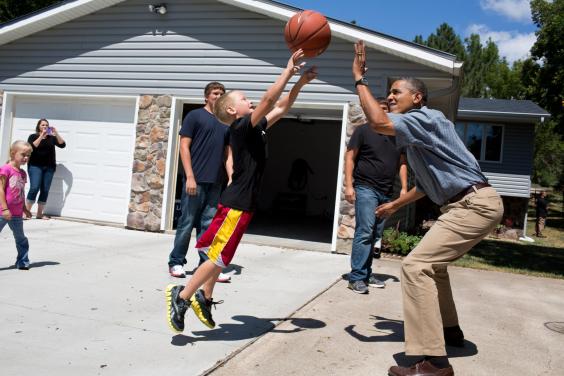 President Obama and First Lady Michelle Obama dancing with 106-year-old Virginia McLaurin, whose work as a volunteer gave her the opportunity to visit the White House, February 2016. 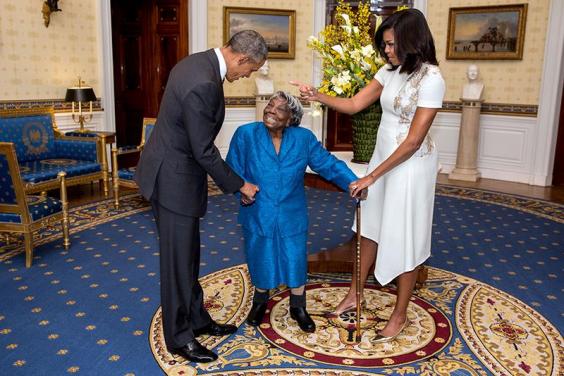 The Obamas share a moment in a lift at an Inaugural Ball in Washington DC, 20 January 2009. 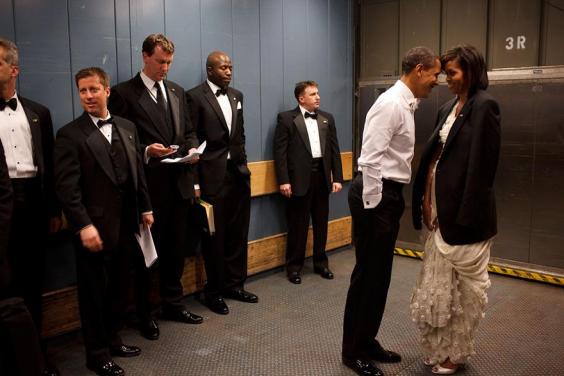 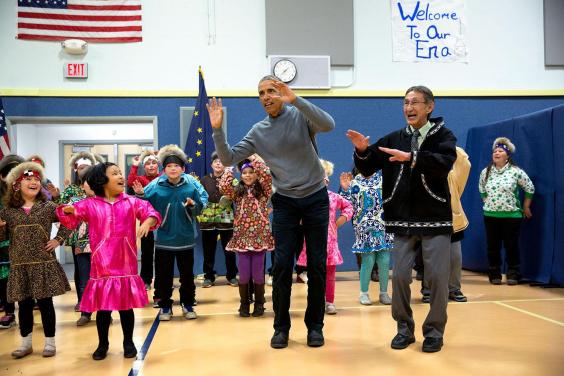 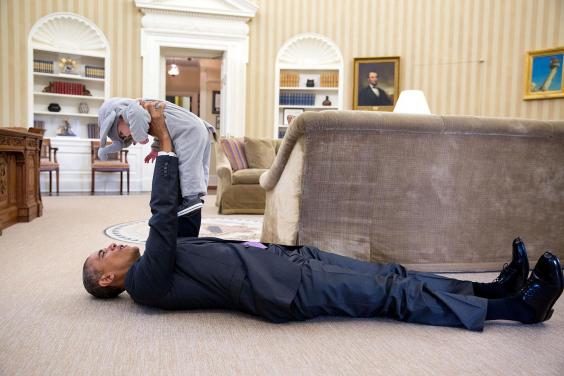 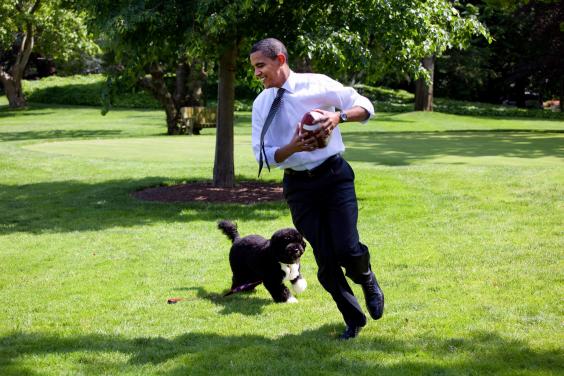 After being called an obscenity by the President of the Philippines, President Obama has cancelled a meeting with the leader that had been scheduled for Tuesday, Washingtonpost.com reports.

President Rodrigo Duterte had threatened to curse out Obama if he raised the issue of extrajudicial killings by Philippine authorities in a sweeping crackdown on drug trafficking. Speaking to reporters, Duterte, who took office in June, said the Philippines is a “sovereign state and we have long ceased to be a colony,” according to the Associated Press.

He added: “I do not have any master except the Filipino people, nobody but nobody. You must be respectful. Do not just throw questions. ‘Putang ina,’ I will swear at you in that forum.” That is the Tagalog phrase for “son of a bitch” or “son of a whore”.

But on Tuesday, in a statement read by his spokesman, Duterte expressed regret that his comments “came across as a personal attack” on the US President. The statement said a meeting “between the US and the Philippines had been arranged for a later date.

Obama said earlier Monday that he had been told of Duterte’s obscene comment, but he shrugged it off as another in a line of “colourful statements” from Duterte.

“Clearly, he’s a colorful guy,” Obama said during a news conference after the G20 Summit in China. The President added that he had asked his staffers to speak with their Philippine counterparts to “make sure if I’m having a meeting, it’s productive and we’re getting something done.” Obama called the Philippines a close “friend and ally” of the United States.

Hours later, Ned Price, a spokesman for the National Security Council, said that the meeting with Duterte on Tuesday afternoon had been cancelled and that Obama would instead meet with South Korean President Park Geun-hye.

More than 2,000 suspected drug dealers have been killed since Duterte took office, and Obama earlier said that when speaking with Duterte, he would not shy away from the topic of “international norms” when it comes to due-process rights.

US President Barack Obama has implored voters to help continue his legacy by carrying Hillary Clinton to victory at the polls in November. BBC reports. END_OF_DOCUMENT_TOKEN_TO_BE_REPLACED

His endorsement came after meeting Vermont Senator Bernie Sanders, who has been battling Clinton for the nomination.

Speaking in a video tweeted out by Clinton, Obama said she may be the most-qualified person “ever” for the role of president.

“I am ready to get in this fight and work my heart out for Hillary Clinton to become the next president of the United States,” she told MSNBC, “and to make sure that Donald Trump never gets any place close to the White House.”

President Obama and Clinton are set to start campaigning together soon.

“I want those of you who’ve been with me from the beginning of this incredible journey to be the first to know that ‘I’m with her’. I am fired up and cannot wait to get out there and campaign for Hillary,” Obama said in the video.

“Secretary Clinton and Senator Sanders may have been rivals during this primary, but they’re both patriots who love this country and they share a vision for the America that we all believe in.”

Barack Obama is now in the game. In a slickly produced video endorsement, the president has thrown his support behind Hillary Clinton’s bid to keep the White House in Democratic hands.

Obama and Clinton will make their first joint appearance together in Wisconsin next week. Before that, she’s visiting Ohio and Pennsylvania.

A notorious thug known as Obama was shot dead in the Mowlem area of Dandora on Tuesday night.

Police recovered a beretta from the suspect who was said to be on a robbery mission with two of his associates when he was shot.

His two associates managed to escape and according to the Buruburu CID chief Henry Kiambat,  said the recovered pistol had four bullets.

Kiambati said Obama, who was a known armed robber in Eastlands, had been on the police’s radar and was shot dead after a six-month manhunt.

President Francois Hollande and his US counterpart Barack Obama vowed to reinforce their counter-terrorism cooperation following the attacks in Paris, according to a White House statement.

“The President reiterated the United States’ steadfast, unwavering support for the people of France, our oldest ally and friend, and reaffirmed the offer of any necessary support to the French investigation,” the statement said, after the pair had spoken on the phone.

“The two leaders pledged to work together, and with nations around the world, to defeat the scourge of terrorism.”

“Barack Obama wanted to express his support to the French people in the face of this terrible tragedy,” said a source close to the French presidency.

“They reaffirmed their commitment to working closely in the fight against terrorism.”