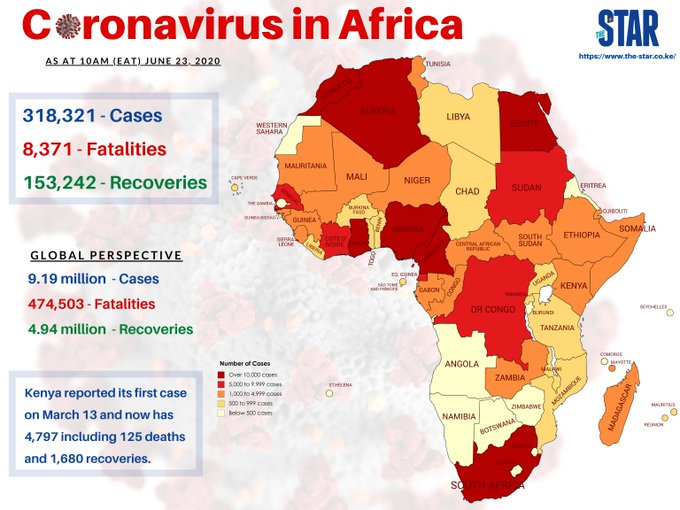 Just found this in my best friends closet. I'm the girl on the picture. Not sure what it means. Does anybody know what this is? She's in the bathroom and I'm kinda scared to confront her.#Lasizwe #SowetoDerby #Ntsiki pic.twitter.com/F5AHpXTe2d

‘The reality is, I’m not the only one going through this. Many of you are depressed because your souls are tied to a bottle. So I’ve decided to share what I’ve learnt during this experience with you on this video to help’.Ameandika Asanda

The reality is, I'm not the only one going through this. Many of you are depressed because your souls are tied to a bottle. So I've decided to share what I've learnt during this experience with you on this video to help. Available here: https://t.co/ZznpuxFwcK pic.twitter.com/lJ063vOega

A 32-year-old man appeared in a South African court on Monday for allegedly raping a 99-year-old woman.

The man, a relative, was hunted down by the community and handed over to the police after the incident on Friday in the Eastern Cape.

“The 99-year-old victim was alone at her homestead and asleep at Nkunzimbini locality when she heard someone pushing the door,” said Captain Mali Govender.

“A relative came in. He asked her why she talked about him in the village. Before she replied he strangled her and proceeded to switch off the lights.

“A short while later he returned and raped her. When he finished his cruel deed, he fled the scene. The traumatised old victim then sought the assistance of neighbours and reported the incident.”

Baringo North teacher hospitalized after being assaulted by a rape suspect

Community members were mobilised by the local headman to search for the suspect. He was found on Saturday.

Nothing can beat a mother’s love and if the attached video is not anything to convince you so then nothing else will.

A brave mother in South Africa with a baby on her hip, fought off armed robbers who shot at her after pouncing on her family in Pinetown, west of Durban, last weekend.

Video footage of the incident shows the woman manually closing the gate on the armed men.

Later, a man joins her to help. Shots are fired and the man falls to the ground.

The woman does not give up and continues to try to keep the gunmen at bay. They eventually flee.

Blue Security spokesman Andreas Mathios said the woman and her family were in the driveway of their home in Tyrone Road at 10.40pm when three armed men pounced on them.

“The residents were busy saying goodbye to their friends, whose vehicles were still parked in the driveway, with the main driveway gate open because they were about to leave,” said Mathios.

“The suspects spotted the opportunity and stopped outside the property. As they approached the victims, one of the women standing in the driveway screamed when she saw a suspect armed with a firearm.”

One of the visitors had been reversing his vehicle out of the driveway when he realised what was happening. “He quickly drove back onto the premises, smashing into the garage door,” said Mathios.

One of the victims wrestled with one of the gunmen during the incident for cellphones. “The man threw cellphones into a bush to avoid the gang getting away with them, but a suspect managed to grab one of the cellphones out of the bush,” said Mathios.

He said a man, who was armed with a rifle, fired four shots before the gang fled the scene.

“No injuries were reported,” added Mathios.

“The complainant and his family were accosted by three suspects carrying rifles, and about six shots were fired in the air. The complainant reversed his car back to the property and he damaged his vehicle when he hit the garage,” she said.

The robbers fled in a silver Toyota Yaris.

“Nobody was injured. A case of robbery was opened at Pinetown police station for investigation,” Mbele said.

The Rovos Rail is by far the most luxurious train in the whole world.

It is in South Africa. Its private station is located in Pretoria making the train be one of the most respected in South Africa and also be referred to as the Pride of Africa.

It is a working train museum that is known for its beauty and also the infrastructure.

Rovos Rail runs its train-hotel to a regular schedule on various routes throughout Southern Africa, from South Africa to Namibia and Tanzania.

The company was started in 1989 by Rohan Vos and is still family owned. Rovos Rail employs a staff of 210 including the on-board staff to those working to restore carriages in the company’s Capital Park depot.

Africa hasn’t been left out when it comes to continents which have some of the largest stadiums in the world and the total capacity which each has.

We still wait to see whether more stadiums will come up later in the  near future.

It is located in Alexandria,Egypt. It has a total holding capacity of 86,000.

It is located in Kinshasa DRC Congo. It has a total capacity of 80,000.

It is located in Algiers ,Algeria. It has total capacity of 80,000 similar to that of DRC Congo.

Stade V is located in Casablanca , Morocco. It has a total capacity 67,000.

It is located in Rabat which is also in Morocco. It has a total capacity of 65,000.

June is located in Tripoli capital city of Libya. It has a total holding capacity similar to that of Stade Moulay in Morocco of 65,000.

Ellis is located in Johannesburg, South Africa. It has a total capacity of 62,567.

Bahir Dar is located in Bahir Dar, Ethiopia.It has a total holding capacity of 60,500.

Africa as a continent has quite a number of tall buildings with the highest standing at 223 meters. More tall buildings are still being constructed which might see the current ones being surpassed.

We take a look at 7 of the tallest buildings across Africa with Kenya proudly featuring.

It is a skyscraper and shopping centre located in downtown Johannesburg, South Africa. It is the tallest building in Africa with a height of 223 meters.

The city apartment is a skyscraper in the Berea neighbourhood, just next to Hillbrow, Johannesburg, South Africa.

It is the second tallest building in Africa and has a height of 173m.

The tallest building in Kenya and third tallest in Africa. It is located in Nairobi the capital city of Kenya and has a height of 163m .

4. PSPF commercial Towers A and B

The twin towers are located in Dar es Salaam Tanzania. The high skyscrapers are meant for office space, retail stores and parking garage.

It is in the Central Business District of Johannesburg, South Africa. It has height of 152.1meters.

It is the fourth tallest building in South Africa and the sixth in the whole of Africa. It has a sought of futuristic design when it comes to its structure and has a height of 152 meters.

Located in Pretoria South Africa, the The Reserve Bank Building is fifth tallest building in South Africa and the 7th in Africa. It has a height of  148 meters.