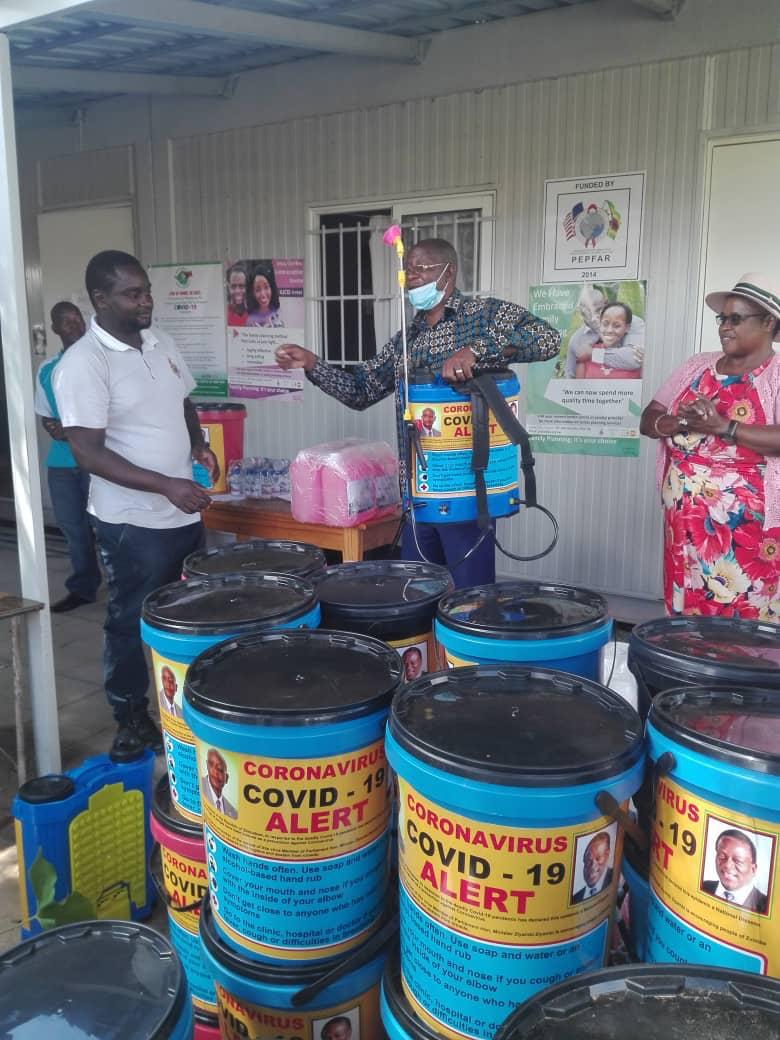 Zimbabweans can now apply for licences to grow marijuana for medical and research purposes, the government has said in a legal notice, making the southern African nation the second country in Africa to legalise cultivation of the plant.

Until now, it has been illegal to grow, possess or use cannabis in Zimbabwe, with offenders facing up to 12 years in jail.

The five-year renewable licences will allow growers to possess, transport and sell fresh and dried cannabis as well as cannabis oil.

Applications should include plans of the growing site, quantity to be produced and sold and the production period.

A licence can be refused when information has been received from a “peace officer, a competent authority or the United Nations” that an applicant was involved in the diversion of a controlled substance or precursor to an illicit market or use”, the regulations said.

“The Minister may not oblige if the issuance, renewal or amendment of the licence is likely to create a risk to public health, safety or security.”

She is accused of arranging shipments abroad, a government-owned newspaper reported on Friday.

The Herald newspaper, once the mouthpiece of the Mugabe regime, said police were making progress in their probe into Grace’s role in allegedly smuggling ivory to China, the United Arab Emirates and the United States.

‘We are closing in with our investigations,’ a police source told the paper under the headline ‘Police tighten noose on Grace Mugabe’.

‘We have also picked up and questioned several suspects whom we believe are linked to the case.’

Documents from the Zimbabwe parks authority allegedly accuse Grace Mugabe of ordering officials to grant her permits to export millions of dollars of ivory as gifts to foreign leaders.

Once outside Zimbabwe, the ivory was routed to black markets.

A police spokesman declined to comment to AFP on Friday.

Grace Mugabe had been tipped as a candidate to succeed her husband, 94, who ruled Zimbabwe since independence from British colonial rule in 1980.

But he was forced to step down in November last year following a military takeover that ushered former vice president Emmerson Mnangagwa to power.

Grace has not been seen in public since, but she attended a press meeting her husband held at their house in the capital Harare last month.

She was known for her lavish spending habits and fierce verbal attacks on her husband’s perceived critics.

Zimbabwe’s first lady, Grace Mugabe, on Thursday challenged her President husband Robert to name his preferred successor, to end divisions over the future leadership of the ruling ZANU-PF party.

Africa’s oldest leader, Robert Mugabe, 93, has ruled the former British colony since independence in 1980 but has insisted that ZANU-PF, not himself, will choose his eventual successor.

USHAMBA TU: Mugabe’s VP Claims That According To His Research, Most Orphans Have No Parents

But at a meeting of ZANU-PF’s women’s wing in the capital Harare, Grace Mugabe – herself considered by some to be a possible future leader – contradicted her husband, who also attended the meeting, saying he should name a successor.

Grace, 52, who has become a power broker in ZANU-PF since her elevation to the top echelons of the party in 2014, said Mugabe’s word was “final”.

“There is no succession which will take place without the involvement of Mugabe. I know the president says: ‘No, no, I don’t want to impose a candidate.’ But I have always argued with him that you have a role, you have the right to be part of that process,” Grace said at the meeting attended by reporters.

Forget Mugabe! Here Are The Most Memorable Quotes From Presidential Aspirant Abduba Diba

Mugabe did not respond to his wife’s comments but earlier addressed the meeting, where he repeated accusations he made in December 2015 that some in the military leadership were caught up in the succession fight.

Three women have appeared before a court accused of gang raping a pastor who went round to their home to demand money they owed him.

Western Commonage Magistrates Court in Bulawayo, Zimbabwe, heard how the holy man was grabbed and forced onto a bed and then stripped.

The three women Sandra Ncube, 21, Riamuhetsi Mlauzi, 23, and Mongiwe Mpofu, 25, were in the dock charged with aggravated indecent assault.

Prosecutor Mr Petros Shoko said the complainant, who is not being named to spare his blushes, was a pastor at a church in Cowdray Park.

He said the male victim had gone to the home of the three women as he was owed money and he was invited inside the house to collect it.

But once inside he alleged he was grabbed by one woman around the waist and his trousers were pulled down by another who then fondled him.

Mr Shoko said: ‘On July 14 at 7pm the complainant went to the accused persons residence to collect money which Mlauzi owed.

‘They forced him to lie on the bed and undressed him. Ncube sat on his chest and he tried to push her away.

‘Mpofu was in another room and brought condoms and placed them on the complainants manhood and helped to hold him down.

‘Ncube had sexual intercourse with the complainant once without his consent’ Mr Shoko said.

The three denied raping the pastor but admitted indecent assault.

Ncube said: ‘We were just playing around Your Worship. I did not think that he would take it seriously’.

Mpofu denied taking part but admitted bringing the condoms saying: ‘We keep them around the house and I just brought them’.

Mlauzi said she wanted to ‘fix’ the pastor who she claimed had a habit of walking in on the women when they were bathing.

She said: ‘He always walks in on me bathing and claims to be unmoved as a man of God. I just wanted to see if he was going to be aroused or not.

‘I did not plan to execute the whole rape thing Your Worship’.

Magistrate Lungile Ncube was told by Mlauzi that she just wanted to prove to the pastor that he had ‘feelings like everybody else’.

She said: ‘I wanted him to see that he was not special and was not immune to sexual arousal.

‘When I touched him he immediately got aroused and that is all we wanted to see’ she said.

The complainant was taken to Mpilo Central Hospital for a medical examination and the report will be prepared for the magistrates.

All three were remanded in custody until August 7 for a full trial.

Earlier this month a 39-year-old teacher was hospitalised in Zimbabwe after claiming a gang of three women kidnapped, drugged and raped him for two days.

The man from Makoni in Chitungwiza was left with severely bruised genitals and doctors at Waza Hospital found other signs of sexual abuse after he was dumped by the roadside.

Police are still trying to find the three women who are allegedly part of a ‘sperm bandit’ gang preying on hitchhikers and travellers and steal and sell their semen for ‘good luck’.

There is no suggestion the two alleged crimes are related.

When it comes to love we often tend to go out of our ways to please our significant others, just to prove that we are better than their exes.

But for one man in Lilongwe, Zimbabwe, seems like he took the ‘For better for worse’ phrase way too far in his bid to make his girlfriend happy.

The unidentified man was arrested for impersonation, when he dressed up like a woman so as he could sit for his girlfriend’s Ordinary Level examinations.

Armed with a wig and a light touch of make up, the man was set to start his dare devil mission before he was busted by the invigilator.

Now more than ever, I believe true love exists.

The story created a huge buzz on social media drawing mixed reactions from across the continent.

Below are some of the hilarious reactions.

True love, i don’t care what anybody says.this is true love

A video showing a Zimbabwean pastor claiming to call God on phone in a church service has surfaced and is already spreading like wildfire in the interwebs.

Pastor Paul Sanyangore of Victory World International, who claims he has God’s phone number and a direct line to heaven, is seen in the video having a conversation with God.

Pastor Sanyangore, who is in the middle of an intercession, is seen pacing up and down with a woman kneeling with her hands lifted up at the altar. He suddenly reaches for his phone appearing to make a call to heaven.

Meet The Pastor Who Went To Heaven And Took Photos, Selling the Pictures for Sh40K A Piece

“Hello‚ is this heaven? I have a woman here‚ what do you have to say about her?” he asks on his cellphone.

“I should ask her who is Sibo‚ he says out loud.

God is telling me to ask you why he is showing a heart” He continues, leaving the congregation confused and in disbelief before adding; “heaven is online”

Watch the bizarre video below.