One dead in Kikopey ethnic clashes 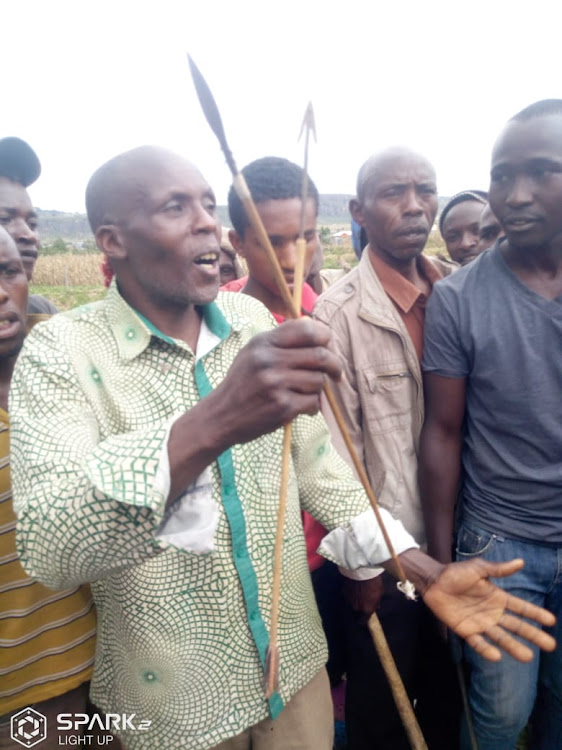 One person was killed in Kikopey and scores of others left nursing injuries following clashes between farmers and herders on Wednesday.

This sparked protests along the Nairobi-Nakuru highway with the farmers blocking the busy road to protest the killing.

Trouble started on Monday after the herders drove their animals into farms in Kiamolo village and injured two elderly women.

In revenge, the farmers slashed some of the animals and drove the others to Gilgil police station raising tension in the area.

And on Wednesday the herders were back demanding their livestock and in the process killed a farmer and left others with arrow injuries.

Gilgil OCPD John Ondit confirmed the incident adding that security had been beefed up and launched a manhunt for killers.

"We had an incident where two communities leaving one dead but we have sent our officers to the ground," he said.