United defender Victor Lindelof was also on the receiving end of a harsh penalty decision during their 3-1 defeat by Crystal Palace in their season-opener. 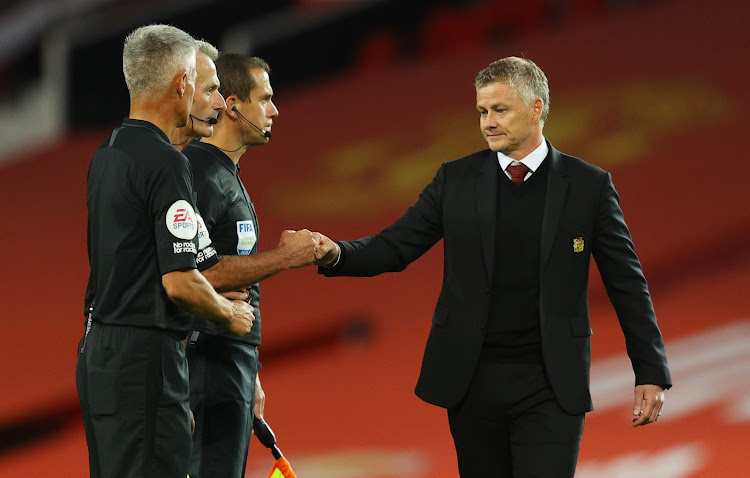 Tottenham Hotspur were denied a victory on Sunday after Newcastle United were awarded a penalty in stoppage time for handball by Eric Dier, who was facing in the opposite direction to the ball when he jumped.

United defender Victor Lindelof was also on the receiving end of a harsh penalty decision during their 3-1 defeat by Crystal Palace in their season-opener.

“I think football has changed,” Solskjaer said. “There are no fans, it’s a different game. Pre-season we were at different stages, the new handball rule… you never know what’s going to happen.

“You can discuss it all day long but we need some clarity on what’s a foul and what’s a penalty. Now it looks like you can chip the ball into someone’s hand, like what happened to us against Palace, and Victor got a penalty against him.

“Then the header against Tottenham, he’s got no idea the ball hits him. You see the goal scored against West Brom at the end by Chelsea, is that not handball?

Much of the controversy focuses on handballs by players where the referee rules their arm or hand is an “unnatural position” or making the body bigger. The previous, established law relied on referees making a judgment as to whether a handball was intentional or not.

“We need to get that clarity. It’s a whole spectrum of things that aren’t normal. There have been so many changes and nuances to different rules,” Solskjaer added.

Any move from the Premier League to change the handball law for next season would need to be submitted to international law-making body IFAB next month to be considered.

Meanwhile, United have agreed a deal in principle to let midfielder Andreas Pereira join Lazio on a season-long loan.

The 24-year-old has been with United since 2014. However, in that time he had loan spells in La Liga with Granada and Valencia.

He has rarely looked like becoming a first choice at Old Trafford until last season, when he made 40 appearances in all competitions.

However, he started only once and made six substitute appearances after Bruno Fernandes made his debut against Wolves on February 1 and has not been involved in United's three games so far this season.