Manchester City and Tottenham have been paired together in an all-English Champions League quarter-final.

Manchester United have been paired with Barcelona, while Liverpool will take on Porto in the last eight.

Ajax and Juventus meet in the other tie.

United will play the first leg of their tie at Old Trafford because they both them and City cannot play in Manchester on the same evening. 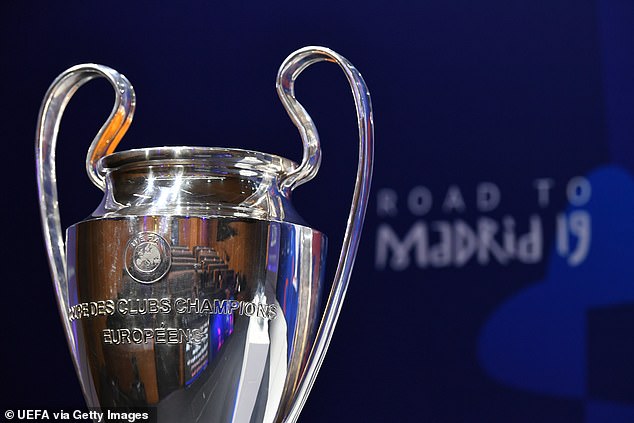 The winner of the all-English quarter-final will take on either Ajax or Juventus in the semi-final, the draw for which was also made at UEFA’s headquarters in Nyon on Friday.

Meanwhile, Manchester United are on a semi-final collision course with bitter rivals Liverpool if they both progress.

With four Premier League sides in the last eight for the first time since 2009, the probability of two of them meeting was high.

League leaders City will have to overcome the stubborn test of Spurs if they are to keep their hopes of winning an unprecedented Quadruple of trophies alive.

City beat Spurs 1-0 at Wembley in the league back in October and the two sides are set to meet again the weekend after the second leg.