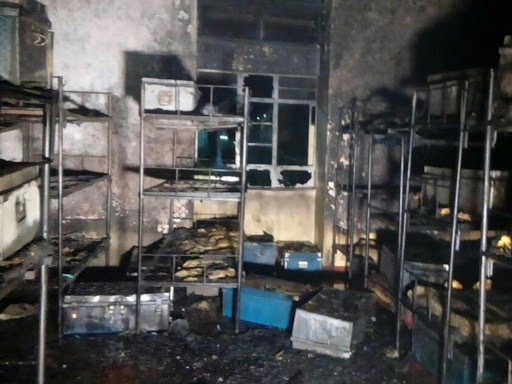 lang'ata boys
15 students sustained injuries following a fire at Lanag'ata Boys High School last night. The 15, most of them form ones and two's, were injured while trying to salvage their belongings from the burning dormitory.

Sources at the school said the fire brigade managed to put out the fire.

This latest incident comes in the wake of calls for the immediate closure of all schools by KNUT, to address the escalating school fire incidences.

Knut officials estimate the damage so far caused to over 120 school to be over Sh0.5 billion.

In related news, religious leaders have been asked to play a leading role in helping contain the ongoing cases of school unrest.