'I don’t think I have any regrets as long as I keep moving,' Rudeboy opens up about P Square's break-up 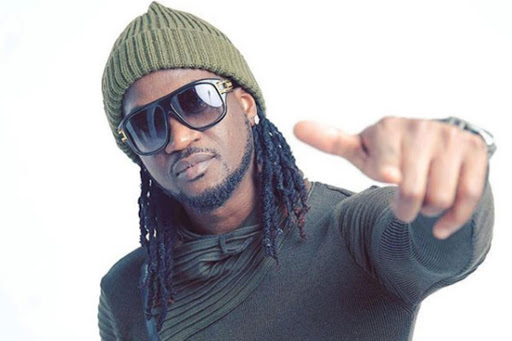 rude boy
Nigerian's Paul Okoye alias Rudeboy has no regrets in life. Paul, one half of the now disbanded P Square duo, had an epic falling out with his twin brother Peter Okoye.

"In any position you find yourself, people don’t like losing their loved ones," Rudeboy told Word Is on Friday. "I know it is everybody's wishes that we go back together, but you guys don't know what was happening.

"If you lose your loved ones, you just pray to God to give you more strength to move on. Nothing I can regret. If I regret, I’ll tell you I regret my parent died. It's meant to happen or it will happen in future.

"I don’t think I have any regrets as long as I keep moving. There is nothing to regret. At every time you are challenged, that's when you keep learning."

Rudeboy started doing music in church but opted to settle for secular music after he realised he was gifted in singing.

His current hit, Chizoba, is a song many fans think is a dedication to his twin brother.

"'Chizoba' means God’s protection. The reason behind it is that life goes on, no matter what happens," he said.

"I wrote the song one year ago. I was in a very bad situation of what was going on in my life, and I remember getting drunk and I woke up at night and told God to help me handle everything. I have not spoken anything."

The singer is currently in Kenya for Coke Studio 2019 and has already collaborated with Khaligraph Jones in a song that will be released next year.

"I was in a concert in Rwanda and my manager asked me if I was interested to be on Coke Studio, and he gave me the dates. I was excited, this is what I do," he said.

"With Khaligraph, expect two different patterns of music coming together, which is the best way of doing music with the possibility of creating a great song. For me, that was the best part."

His inspiration in music comes from dreaming.

"I do music with emotions. You know how you dream and wake up? Usually what I dream and wake up, the sounds that I was hearing I record them on my phone. I record how the guitar and the drums and the instruments I heard in my dream. From there, I just go to the studio and start writing. If I’m 70 per cent sure the song will do well, I record in the studio," he said.

In an earlier interview, his twin brother Peter Okoye said P Square can only come back when the respect is 100 per cent back.