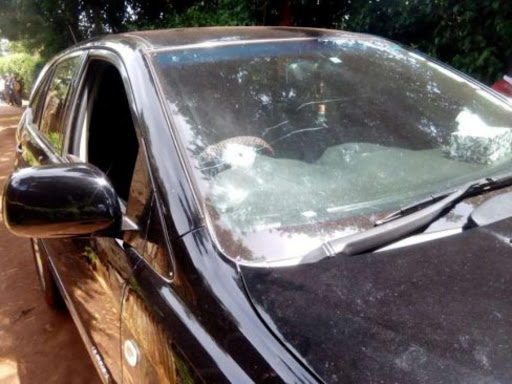 A Catholic priest was on Monday shot dead by thugs in Kinoo, Kiambu.

The attackers stole an unknown amount of money from the Father Samuel Muhia who was in charge of Kinoo parish.

He was forced to pull over and the thieves demanded a bag that was in the car.

Nyange said a gunman shot through the windscreen of the Toyota Harrier and a bullet hit the priest on the chest.

The police boss said the priest was taking Sunday's offering to a bank in Kikuyu town.

"All the money he had in a bag was stolen. We don't know the amount but we are investigating. The robbers stole the phone of an occupant in the Father's car," he said.

Eyewitness James Waweru said the thugs opened the car, removed a bag and took a mobile phone of his passenger before feeing.

Mason who was building a house next to the scene, said they were attracted by the noise coming from the scene

Another eyewitness Kariuki Njoka said he was driving when he heard a gunshot. He saw two motorcycles moving very fast towards him.

"When they passed, I saw people running at a car which was in the middle of the road. We realised it was a priest. We removed him and rushed him to Kikuyu hospital but he was no more," Njoka said.

Nyanje told churches, residents and business people to ask for police escort when they are taking money to the bank.

He said police patrol;s will be increased during the festive season.