This is sad: Yemeni mother banned from visiting dying son in United States 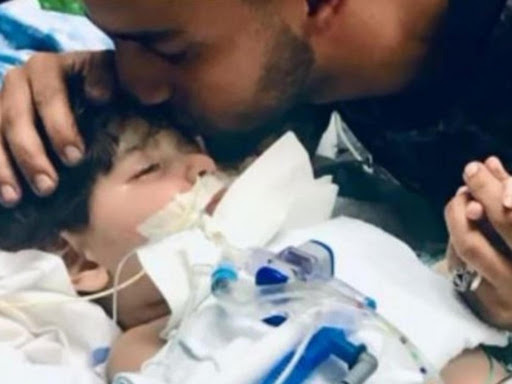 yemeni mother
The Yemeni mother of a dying boy in California is being prevented from seeing him due to a US ban on visitors from her country, the family says.

Two-year-old Abdullah Hassan was born with a brain disease that doctors say he will not survive.

His relatives say his mother wants to see him one last time before they take him off life-support.

His father says the boy's mother cannot come to the US due to the Trump administration's travel ban.

Though Abdullah and his father were born in Yemen, they are American, says the family.

"All she wishes is to hold his hand for the last time," the boy's father, Ali Hassan, 22, told the San Francisco Chronicle on Sunday.

He said the boy would probably die if he is taken to Egypt, where his mother is currently living.

Hassan's wife, Shaima Swileh, is currently seeking a waiver from the US Department of State to travel to the US urgently.

The executive order went through several versions before being upheld by the US Supreme Court this summer.

It bans nationals of Iran, North Korea, Venezuela, Libya, Somalia, Syria and Yemen from entering the US.