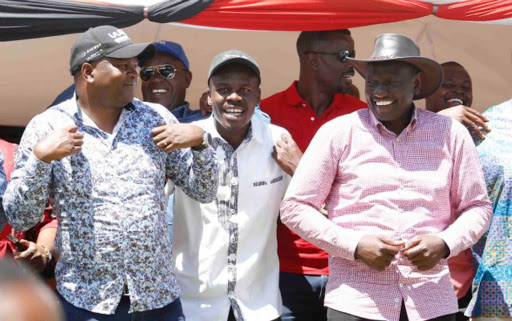 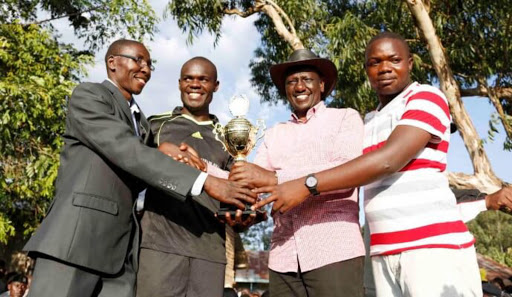 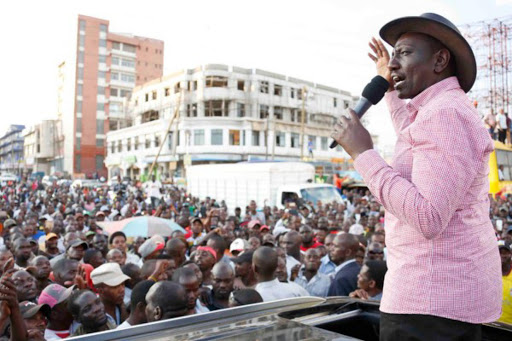 More than 20 MPs from Central, Kisii and Western Kenya have vowed to back Deputy President William Ruto for presidency in 2022.

The leaders had joined the Deputy President during this year’s Idakho’s bullfighting cultural festival held at Malinya stadium in Ikolomani, Kakamega County on Monday.

They said Dr Ruto was well placed to take over the leadership of the country when President Uhuru Kenyatta’s term in office comes to an end in 2022, saying his development track record speaks for itself.

At the same time, the MPs from Central Kenya dismissed recent utterances by Jubilee vice chairman David Murathe that there was no political pact between President Kenyatta and the Deputy President.

They promised to ensure that the region supports the Deputy President come the 2022 presidential contest because he was loyal to President Kenyatta.

“The Deputy President has been loyal to President Uhuru Kenyatta since they teamed up before the 2002 elections. We want to assure Kenyans that we are not going to betray our brother, William Ruto, who has firmly stood with the president in the last two elections,” said Mr Thuku.

Mr Nyoro said it was wrong for some leaders to issue baseless statements when they were under the influence of alcohol, telling Mr Murathe to stop poking his nose on matters he is not conversant with.

“We should not be bothered by individuals who cannot even be elected to be members of the Nyumba Kumi Initiative,” said Mr Nyoro.

The Deputy President, on his part, asked leaders to focus their energies on development, saying time for political competition was over.

He, however, said Kenya’s leadership is not based on who owes what debt to who but honesty and integrity.

“We must be measured by integrity, honest and hard work,” said Dr Ruto.

He said leaders should discourage politics based on tribalism and embrace political parties with a national outlook.

“For our country to be peaceful and united, we must embrace political parties with a national outlook and exercise democratic ideals by accepting the outcome of election results,” said Dr Ruto.

Mr Ichungwa urged leaders to focus their energies on development, saying when the time comes they will campaign for the election of Dr Ruto for presidency.

“Kenyans are clever people who will not be misled anymore to elect leaders who are not development conscious. Dr Ruto is now busy with matters of development and Kenyans will not forget him come 2022,” said Mr Ichungwa.

Mr Ichungwa said Dr Ruto was facing resistance from certain people who did the same to retired President Moi when he was the Vice President to Mzee Jomo Kenyatta but Mr Moi became the country’s president for 24 years.

“Some people wanted to prevent retired president Moi from taking over power from the late founding father Mzee Jomo Kenyatta but he ruled Kenya for 24 years. Some individuals are now doing the same to Dr Ruto but Kenyans will elect him the fifth president of this country,” said Mr Ichungwa.

He told Amani National Congress (ANC) leader Musalia Mudavadi to stop dreaming of getting support from the Kikuyu community in 2022.

“You better be cheated once but not twice,” Mr Ichungwa told Mr Mudavadi.

Mr Ngunjiri, Bahati, said the Kikuyu community would back the Deputy President.

“I want to assure you that we are together in this journey of ensuring the Deputy President takes over from President Kenyatta in 2022. We can’t forget where we came from, where we are and where we are going,” said MP Ngunjiri.

Mr Murkomen asked leaders to desist from tribal politics, saying the move-undermined efforts to attain democracy in the country.

“I am sure the next election will be a defining moment as leaders will get into a new territory where leaders will be elected not because of their tribal, political and religious backgrounds but their characters and development track record,” said Mr Murkomen.

The Deputy President rewarded winners during the bullfighting event with 10 dairy cows, worth 2 million as part of the efforts to promote the dairy sector.

Dr Ruto, later, met 800 members of the Kenya National Union of Teachers, Kakamega branch at the home of MP Shinali in Ikolomani before meeting 500 pastors at the home of Lurambi MP Rev  Titus Khamala.