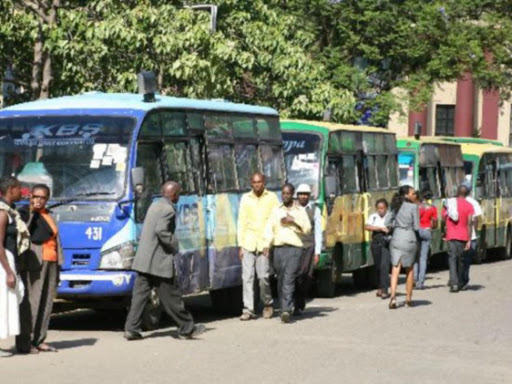 Citi Hoppa
Citi Hoppa is one of the oldest and most stable of this country has ever seen. The company which was founded by the the late Juja MP George Thuo, has grown in leaps and bounds since his death.

The late politician would certainly be proud of where the company is headed with the news it recently released. The news is that the company has acquired six new fleet buses from DT Dobie.

In a tweet, the vehicle company said the vehicles are part of measures to streamline transport for city dwellers through a network that is accessible and available to users.

“Congratulations to Citi hoppa on their acquisition of six 41 seater Mercedes-Benz MB917 buses for their Citi Hoppa Next line,” the tweet read in part.

It explained further that the buses, running under the banner Citi Hoppa Next, will ply routes including the airport, Kawangware, Ngumo and Karen among others.

“Citi Hoppa Next is the new kid at the bus stop, offering the new look tried and tested city hop of the well-known Citi Hoppa,” the company's communications liaison officer Imelda Karaya said in response to questions by the Star.

The brand, already on the routes, was earlier seen ferrying passengers between GSU on Thika Road Exit 6 and the airport through Outering Road.

They are also deployed to ferry passengers at a flat rate of Sh80 on Mombasa Road, Langata and Ngong Road corridors, serving both offices and residential estates.

The company did not reveal cost of the six vehicles, Mercedes Benz MB917 model, which is a first for the brand in the city public transport market. The sellers, DT Dobie, sell private salon Mercedes Benz and Volks-Wagen range of cars, and Hyundai trucks.

“We are working closely with other key industry players to find and adopt more and current modes of payment to enhance the growth of the transport sector,” she said. The buses will also be available for corporate and individual hires.