'I heard loud gunshots, before we knew it we were running away,' Eye witness gives account of 14 Riverside attack 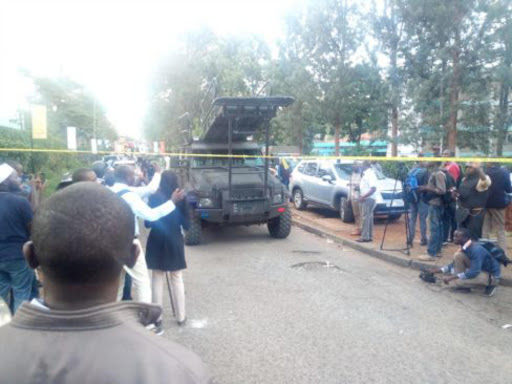 attack
The terror attack from the Dusit Inn terror attack is still on-going but we are starting to receive reports from some the of the survivors.

One, in particular, a middle-aged man, who identified himself as Jeremy, said he is a supplier of products for the Dusit Inn hotel located at the premises that also hosts banks and offices.

The man spoke to Citizen TV and explained what had happened:

WHEN I WAS WALKING INTO THE HOTEL, I HEARD LOUD GUNSHOTS. BEFORE I KNEW IT, WE WERE RUNNING HELTER-SKELTER TO RUN AWAY FROM THE TERRORISTS.

DURING THE COMMOTION, WE HEARD A GROUP OF AROUND FOUR MEN SPEAKING TO THEMSELVES, SAYING ‘UA HAO, UA HAO (KILL THEM, KILL THEM) BUT I DID NOT SEE THEM. HOWEVER, A GROUP OF THREE WOMEN, WHO I WAS WITHIN HIDING, SAW THE ATTACKERS’ FACES.