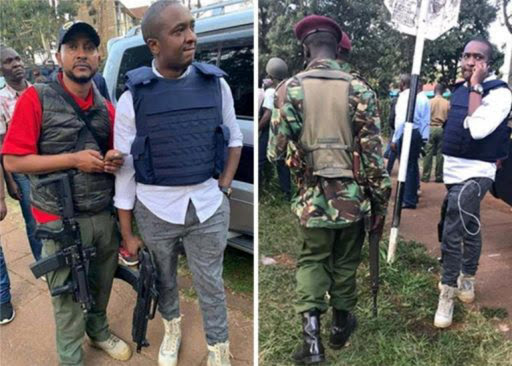 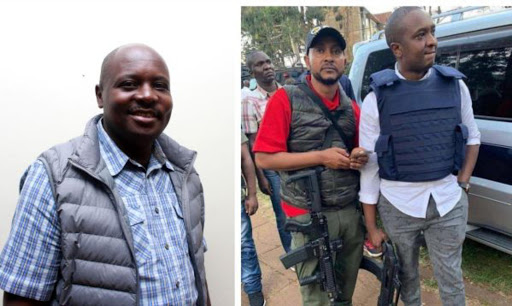 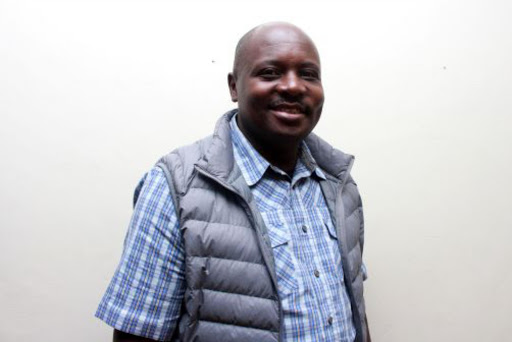 National Gun Owners Association of Kenya chairman, Antony Wahome, has revealed that Steve Mbogo is not a member of the association.

This revelation comes soon after the former Starehe parliamentary aspirant was spotted at the 14 Riverside Drive terror attack scene, donning a bullet proof vest and a sophisticated gun.

'All I can say is he (Steve Mbogo) is not our member, our members have a strict code of ethics and it is not up to a civilian licensed firearm owner, to go to a place where there is something happening just to be there. " Said Wahome.

On Wednesday, Mbogo was grilled for hours by police over gun possession, where he was asked to verify the ownership of his gun.

Mr. Wahome, was critical of Mbogo's antics insisting that a few licensed firearm owners who find themselves in such acts, are the ones eroding the good name of the many who adhere to the law.

He said, The few licensed firearm owners who involve themselves in acts such as these are the ones who erode the good name of the majority who actually follow the law and are keen on saving lives.

As gun owners association, we have a code of ethics which every member must sign and subscribe to and we have an internal self regulating mechanism for our members.

He then reminded the firearms owners of their primary duty which is to save lives and not see an event involving criminal activities as an opportunity to parade their weapons like cowboys.

Asked whether Mr. Mbogo is allowed to carry the type of gun he was seen with he said;

I am not sure what kind of a gun he has, from the picture I am not able to tell but by and large the only people who authorize people to carry firearms is the firearms and licensing board as per the firearms act.

But can anyone just own a gun?

It's not just anyone. A few years ago when there was an incident involving a nurse at a psychiatric facility, we were the first to say that every civilian licensed firearm owner needs to be sound mind.

How hard is it for one to successfully become a licensed firearm owner?

There are very many things that one needs to fulfill, they have to fill in the form and they have to give reasons why they want the firearms. So it's not as easy as just applying and you get it, it is a very laborious exercise taking anywhere from 8 months to two years before you get approved or rejected.