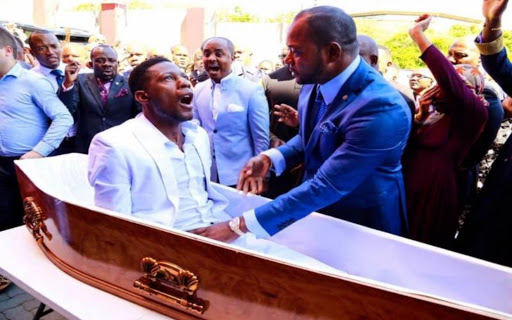 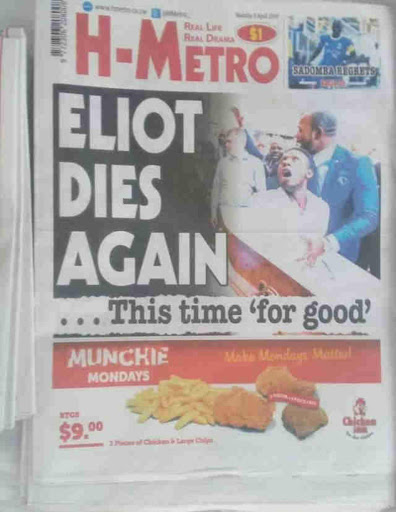 Early this year, a video of pastor Alph Lukau bringing the “dead” man back to life during a church service went gone viral on social media.

According to various reports, the Zimbabwean man, Brighton ‘Elliot’ Moyo has once again died and buried.

According to Iharare.com, Mr. Moyo passed on last week in a South African village called St Luke’s in South Africa, and was buried on Saturday

He leaves behind his wife only since the two did not have children.

It is believed that Moyo's stomach started swelling and did not stop for three days and he died on the third day.

In the viral video ,a woman who claims to be the man’s landlord, tells the pastor that the man got sick and started coughing. They took him to the hospital where he apparently died in her arms.

The pastor lays his hands on the man and begins to pray. A few seconds later the man sits up in the coffin with his mouth and eyes wide open.