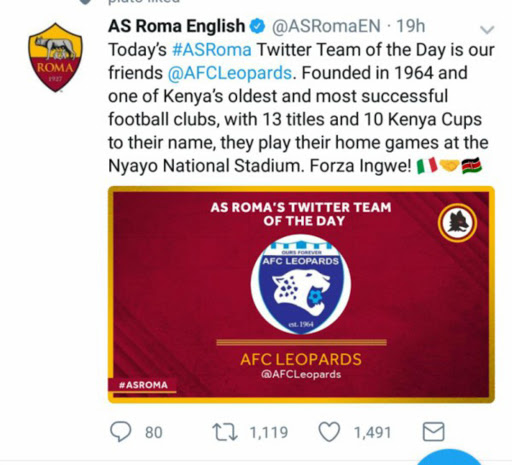 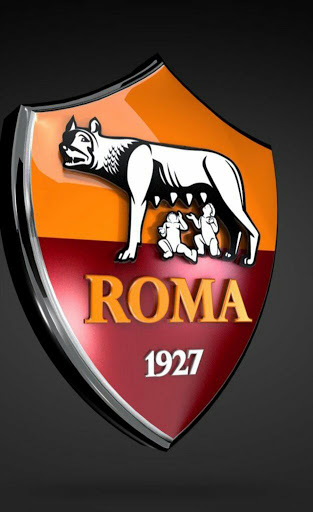 AS Roma the famous club that plays it's home games in the Italian capital, decided to celebrate Kenyan club AFC Leopards on their Twitter page. The club has been doing this for a different Kenyan club since the month of October last year. Their post is below:

Football truly is a global sport with such a big club known internationally, giving such props to a club only known well in East Africa. A short history of AS Roma is below:

Associazione Sportiva Roma (Rome Sport Association), commonly referred to as simply Roma, is a professional Italian football club based in Rome. Founded by a merger in 1927, Roma have participated in the top-tier of Italian football for all of their existence except for 1951–52.