Arsenal yesterday suffered a 3-1 defeat in the hands of French side Rennes in the first leg of Europa League round of sixteen played in France. 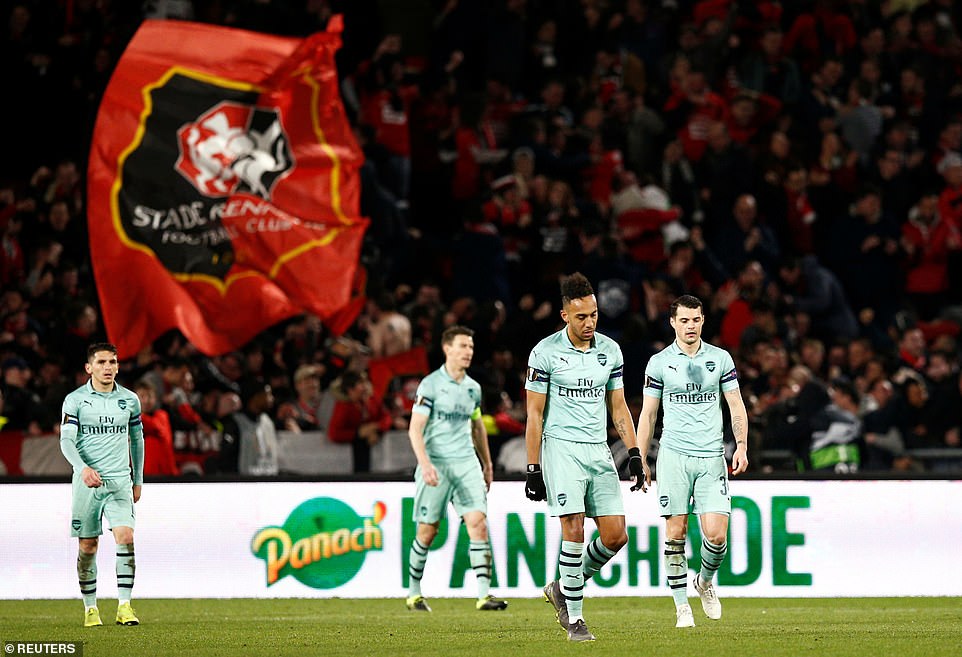 The problem for manager Unai Emery is that Rennes are a team brimming with swagger and ability – and they look more than capable of finishing the job in the second leg.

Emery will back his team to reach the quarter-finals but on this evidence – despite playing with 10 men following Sokratis’ sending off just before half-time – overturning the deficit could well be beyond Arsenal.

Emery said: ‘We know it’s a bad result and it’s going to be tough. It’s not a good experience because we couldn’t do our work in difficult minutes with one less player.’ 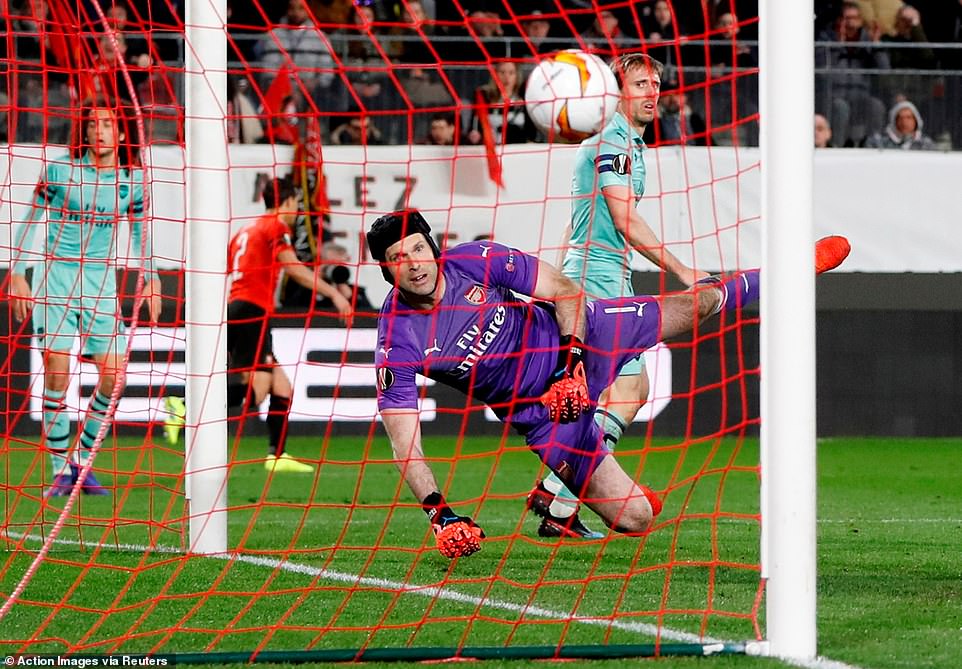 Ozil reverted to type – crumbling at the first sight of difficulty. Emery feels he cannot trust Ozil on tough away days and it is easy to see why.

Rennes have their own maverick, of course. Hatem Ben Arfa, who fell out with Emery in the pair’s time together at PSG, started for the French side.

He said: ‘I saw the same Emery, as agitated as ever. I looked over at him a few times and that made me laugh. He hasn’t changed.’

But it was Ben Arfa’s team-mate, Benjamin Bourigeaud, who stole the show. He was untouchable at times and starred in the game that was billed as the biggest occasion in the French club’s 118-year history.